The Healing Review for allmusic.com 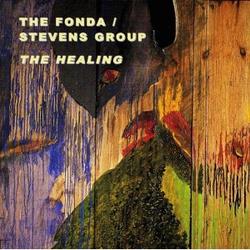 This version of one of the great and often underappreciated jazz groups of the modern era features trumpeter Herb Robertson with the usual all-star rhythm section of bassist Joe Fonda, pianist Michael Jefry Stevens, and drummer Harvey Sorgen. The co-leaders share the responsibility for the compositions and arrangements, the intricacy and delicacy of which are a large part of what gives this group its distinct character. If the sensitive nature of some of the pieces causes anyone to question whether any of these players have chops, Fonda wrote the riveting "Fast," for an uplifting, blistering workout. Robertson is the sort of brass player who sends up an endless array of spidery, rubber phrases that wail with the authenticity of a laughing coyote. Favoring mutes and always throwing in touches of humor, the trumpeter impresses with his agility, range, and command. One strength of the quartet is the ability and willingness of each of its idiosyncratic members to subordinate to the ensemble sound. Fonda is a gas when he sings lightly while his fingers bounce along in solo, while co-leader Stevens' more abstractly intellectual approach adds a classically infused element, tempered by his sense of swing. The quality of sound is a bit subpar on the three live numbers, but overall this is another highly satisfying outing from this outstanding ensemble that bills itself as the Fonda-Stevens Group.