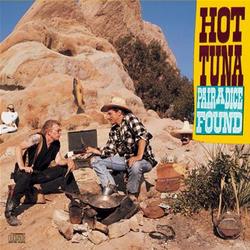 Hot Tuna's first new album release in more than a decade, Pair a Dice Found was perhaps the band's most commercial, yet poorest selling, major-label effort. Unlike the Hot Tuna of the 1970s, this edition, again fronted by guitarist Jorma Kaukonen and bassist Jack Casady, was not a groove-oriented showcase for Kaukonen's songwriting and guitar prowess on old blues standards. Instead, Kaukonen had only three compositions on the record, while the closest thing to the old repertoire was the Jesse Fuller nugget "San Francisco Bay Blues." Second guitarist Michael Falzarano, in contrast, had five songs, and there was even a cover of the old Barry McGuire folk-rock protest hit "Eve of Destruction." Tuna fans ignored the release, and Epic failed to woo the new audience for whom the record seemed to be intended.