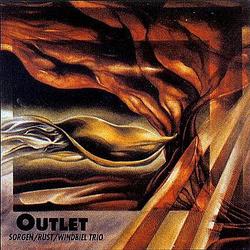 Now here's a weird one. This album by the Sorgen/Rust/Windbiel Trio marks the debut of three-fourths of the infamous ARC Quartet that included saxophonist Walter Thompson. Recorded in 1983, this electric trio married together formal composition and spontaneous improvisation in a manner that gave props to rock, jazz, and free music -- though there was nothing "jazz-rock" about them. Compositionally, the trio favored complex, knotty approaches to writing. At their best, they echoed the angularity of Thelonious Monk and the shifty, explosive time signature changes of Captain Beefheart. When they were excessive they were, well, just excessive. But as trios from this era go, this one was special. They could tear apart harmony and rhythm between them and reassemble it to create something completely different (check out the Monkish front line dissembled in "The Roads Must Roll"). Also noteworthy is the trio's approach to improvisation, which was almost entirely motivated by emotive rather than musical concerns -- hence their occasional excesses ("Trilo X"). Mostly, however, Harvey Sorgen, Steve Rust, and Bob Winbiel played as a band, listened closely to one another, and captured nuances in the wind and ran with them. "The Starfarer's Gem" is one such example, where subtle tonal dissonances are offered as opening statements of seeming improvisation, and a melodic framework gradually establishes itself out of Windbiel's contrapuntal game of tag with Rust (who is at least as inventive an electric bassist as Jaco Pastorius ever was). Those asserted lyrical phrases are short, choppy, but transcendent, and offer a basis for Windbiel and Sorgen to solo simultaneously before bringing back the counterpoint at the end. Outlet is a cool album, especially for electric jazz fans. Kudos to any shop that carries it.